AMD processors have been in the market for decades. This company was founded in 1969 and initially tried to boost the RISC architecture, but in the end ended up focusing the shot on the x86 models , as we told you at the time in this article , where we also saw some of its most important processors.

Intel was founded in 1968, so the temporary difference between the two companies is minimal, but the giant of Santa Clara knew how to play his cards better and managed to position himself as the undisputed leader of the x86 processor sector in all its aspects, a reality that, still Today, it remains, and will not change until AMD does not improve its presence in the OEM sector .

For decades Intel has managed to build an elitist image associated with very careful marketing campaigns that has allowed it to position the average consumer as “the best option”, something that has been true in many generations, but not in others. The funny thing about all this is that even in those generations in which Intel missed the shot the average consumer still believed that its processors were the best in the market.

It is not something new or exclusive to the past, it is a reality that is still maintained today, and that applies, in fact, to other products. It is the “universal” (and erroneous) belief that something is better than something else just because it is of a particular brand , which implies a subjective assessment without any objective analysis.

There are many who today are carried away by the preconceived image they have of a brand. It is obvious to say that this can be detrimental to the consumer who gets carried away by that attitude, but it can also end up excessively reducing the ability to compete from other companies , and AMD processors are no exception.

We will understand better with an example. Remember when Intel launched the Pentium 4 , processors that used an architecture with a very poor energy efficiency, suffered from temperature problems and also did not perform at the level of the AMD Athlon 64 . Well, despite everything the company was hardly affected by that reality, the brand image and prejudices made many people continue to buy Intel processors “because they were Intel”,obviating that, in reality, AMD offered a clearly superior value .

That scenario had a negative reality also for AMD, and the Sunnyvale company could not really capitalize on the huge success of the Athlon 64. Later Intel again made a mistake with the Pentium D, but once again the majority of consumers preferred mount these CPUs before opting for AMD Athlon 64 X2 processors, which were clearly superior. With the arrival of the Core 2 Duo Intel returned to the right track and ended up putting AMD in a situation that would get more and more complicated.

With the launch of the FX processors based on the Bulldozer architecture, the opposite was the case, it was AMD that screwed up to the bottom by betting on a shared resources architecture that offered a high number of cores at a time when What mattered was the CPI. We like FXmore or less were a failure , proof of this we have in the huge amount of stock that had accumulated, and that is that until a few months ago we could buy new units at balance prices.

Contrary to what happened with the Pentium 4 on this occasion AMD was not rescued for its brand value, for its image. Users did not think “I’m going to buy it because it’s AMD” , a reality that together with Intel’s marketing campaigns put Sunnyvale’s signature on the ropes. Losses accumulated over the years, and many analysts assumed that Ryzen was going to be their last cartridge. Luckily for everyone in the end this generation was a success, and today there is competition in the CPU sector.

With this introduction I wanted to put you in a situation so that you understand the reason for this article. Despite all the years that have passed and the changes we have experienced, many consumers still think that Intel processors are better because they are Intel and that AMD processors are worse because they are AMD, an absurdity that today we want to overcome bydenying five myths that they still roam freely in the technological world.

A few months ago I was talking to the gym monitor I go to every day and he said he wanted to buy a second-hand PC . When I saw the prices I had in mind I told him that a new one could be set up for that money, and that he would perform at the level he expected (he wanted to play World of Tanks and other simple titles).

I usually keep up to date with regard to prices and performance of components, so I made a head estimate of an economical PC to play with a Ryzen 3 1200, 8 GB of RAM, a B450 motherboard, a 500 SSD GB and a Radeon RX 470 . He was delighted and told me that if I could please pass him a selection of pieces, which I accepted, since what for me is five minutes for him could be an hour.

The fact is that the next day he asked me with concern that if it would really work well, that he had been told that the AMDs get very hot and that they perform worse than the Intel, that it was better to buy the second-hand equipment he had seen ( a Core i5 3470). Yes, it is nonsense, but that is, for many consumers, the universal belief that they have assimilated, even if it is false.

I explained the subject, I told him that this configuration was perfect for his needs and that if he did not convince me I stayed with the PC. He has had the team for several months and is very happy, but the one who told him that the AMD gets hotter has not changed his mind despite seeing the reality.

The heat generated by a processor and the temperatures it reaches are not better or worse because it is Intel or AMD , it depends on many aspects, such as the architecture used, the manufacturing process, the number of cores, consumption and working frequencies. Obviously, it also influences the cooling system we use.

It is, as we see, a question that depends on several objective elements, and it is important to remember that both Intel and AMD processors have had very hot generations and have caused heat problems. Again we can remember, for example, the Pentium 4, or in the case of AMD the FX Bulldozer. 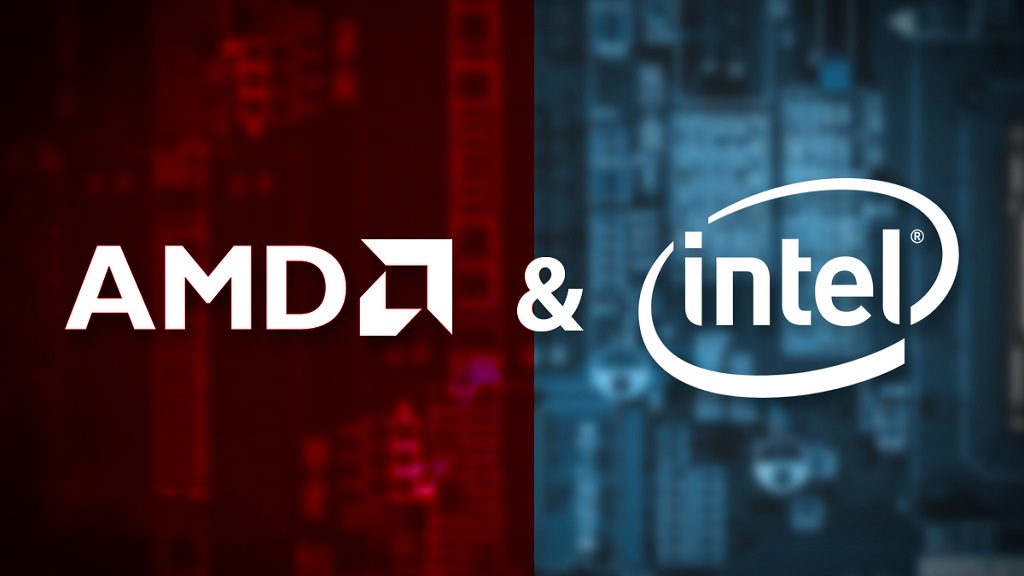 Another generic and subjective statement that is not true either. There are Intel processors that perform more than others of AMD and vice versa, and yes, it all depends on objective aspects, such as:

For example, a Ryzen 7 1800X processor has a single-wire performance (an active core) lower than that of a Pentium G5400 at the same frequency, but it coils in multi-threaded performance (four or more active cores) thanks to its greater number of cores. The first has a configuration of 8 cores and 16 threads, and the second has two cores and four threads.

We cannot compare pears with apples , and we cannot say that one processor is better than another just because it performs better in games. In the end, the important thing is the performance that a CPU offers in the tasks in which we want to use it.

Thus, if you plan to mount a PC just to play multimedia content and games that are not demanding, a simple Athlon 200GE is your best option . It is a little powerful processor, but it offers excellent value for money, and although it is true that at the CPU level it performs less than an Intel Pentium G5400, its integrated Radeon GPU gives it a good review.

I want to remember, before finishing this point, that AMD has managed to reach Intel in IPCwith the Ryzen 3000 series. It is true that the giant Santa Clara continues to have the crown of monohile performance thanks to the higher working frequencies that can reach its CPUs, but AMD processors offer superior multicore performance and have a much more balanced price.

Parag Patil is founder of “InfoBonanza”. He is the brain behind all the SEO and generating traffic. He is always passionate and motivated about his work and always tries to give his best. He has a dream to get success and to be listed in top bloggers from India.